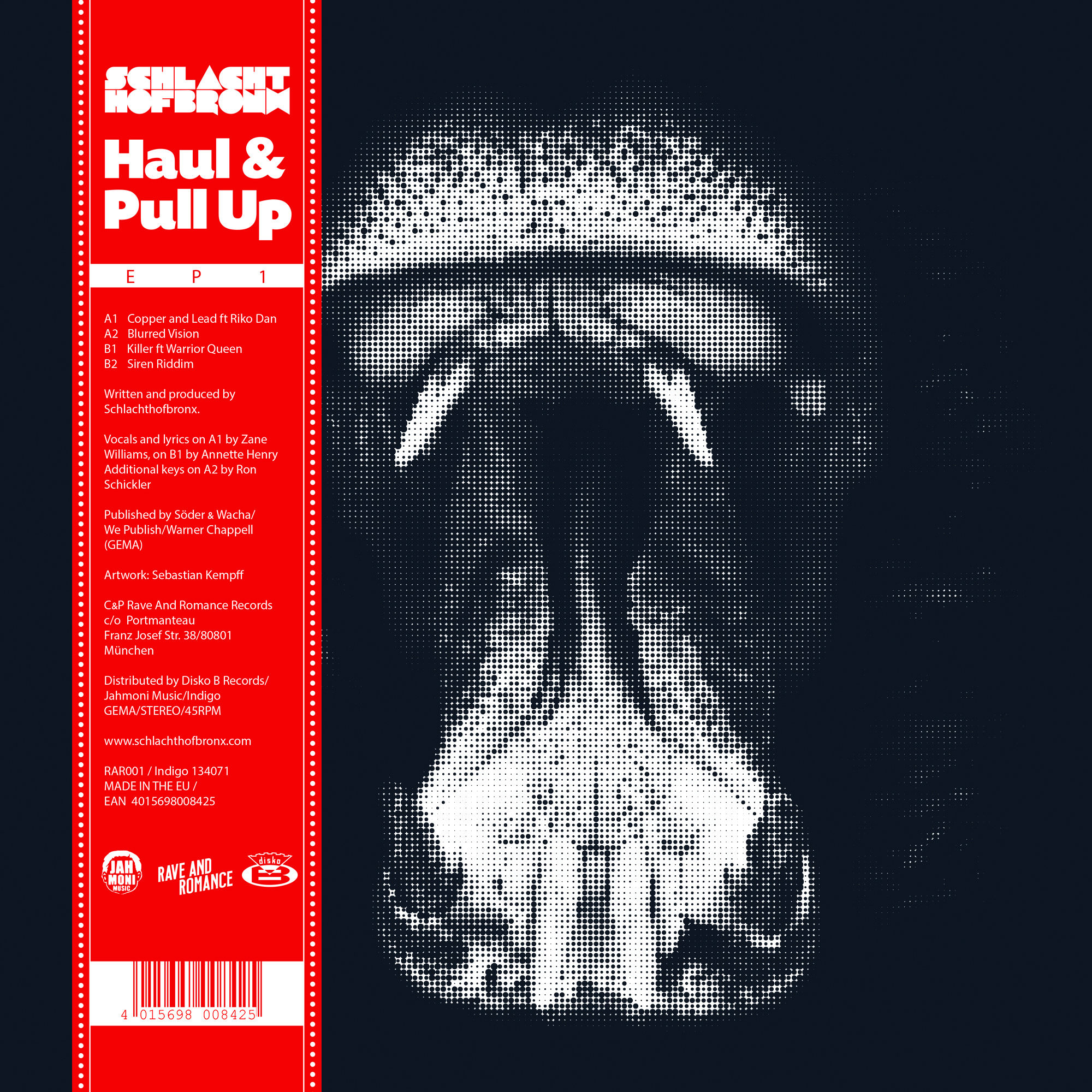 Schlachthofbronx is back with new music! The DJ/production duo from Munich/Germany will release the Haul & Pull Up EP 1 in November, including four tracks full of bass-heavy excursions into hybrid forms of club music. Music that sounds like Grime, Dancehall, Dub, Techno and the yet unnamed territory in between – their natural habitat.

Lead single and first track of the EP is Copper And Lead, which features “London city warlord” Riko Dan of Roll Deep fame, spitting dangerous lyrics on a Bashment/Grime- riddim.

Following this is Blurred Vision, a low end monster named after their gigantic soundsystem event series, exploring the middle ground between Dub and the techno- leaning 4×4 universe.

Up next is Killer, a song with Warrior Queen from Jamaica, who prepares for a Dancehall dub war on a 808-heavy beat straight from Miami…err, Munich.

Topping the EP off is Siren Riddim, an instrumental uptempo bomb for the apocalypse club gang and all the gunfinger crew.

More from this series