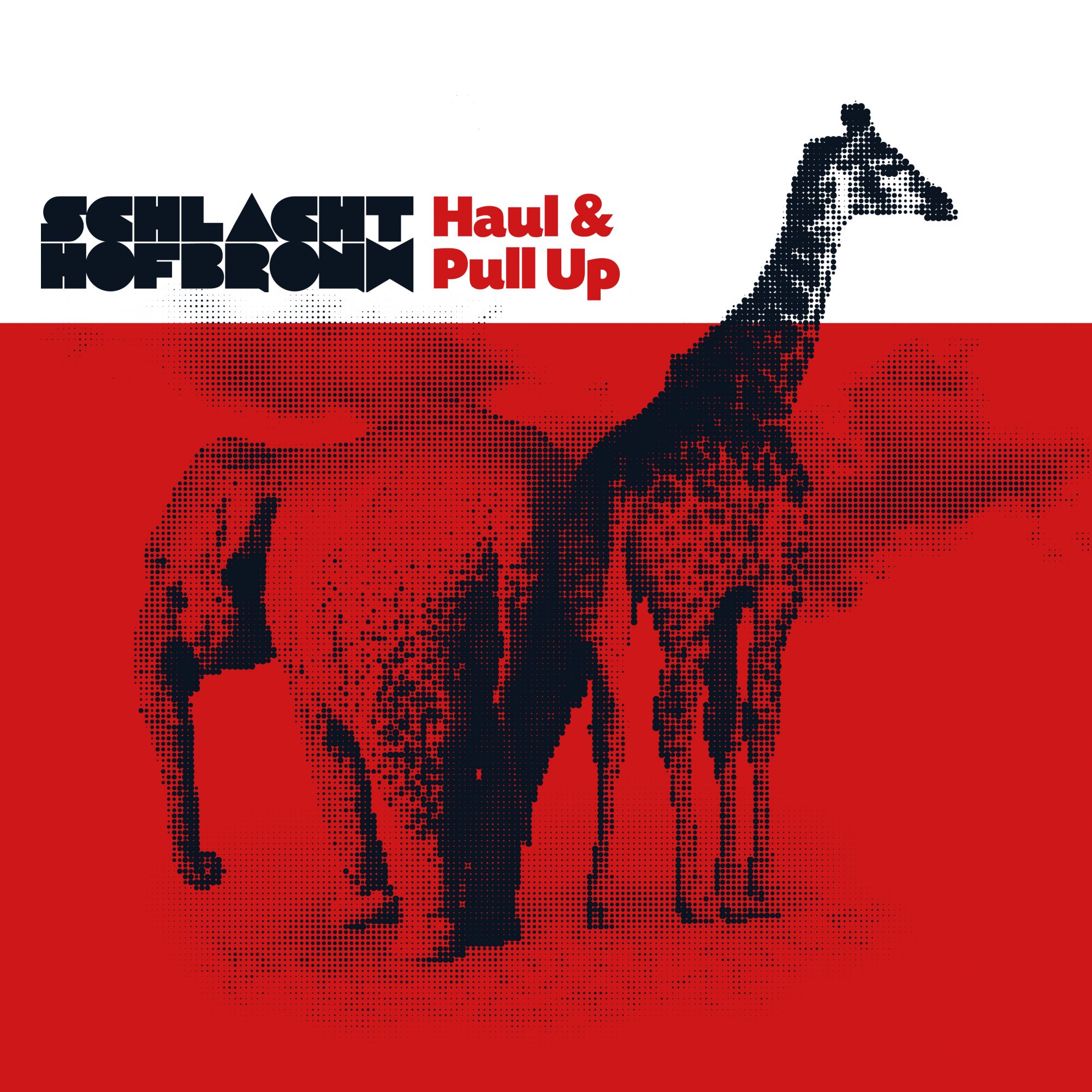 Hybrid club music for big soundsystems – that’s the essence of Schlachthofbronx. On their fourth studio album Haul & Pull Up, the DJ and producer duo from Munich demonstrate how versatile a sound can be that is nonetheless deeply rooted in soundsystem culture and their various local offsprings. With the album name inspired by the seminal 1984 Haul And Pull Up tune by Neville Brown, Jakob and Benedikt pay their respects to the originators all the while clearly formulating a futuristic sound of their own with this new record.

Having journalists (and info text writers) struggling to put a genre tag onto their music as a trademark, Schlachthofbronx effortlessly float through conventional style classifications and tempi in their tracks. In the same spirit, they take their vocal contributors and embedd them into a genre that might not have been your first guess when you look at the artists previous work. Warrior Queen, a dancehall artist most known for her intense early Dubstep anthem Poison Dart with The Bug, ends up delivering her high energy clash lyrics on an 808 HipHop drum workout on Killer to a quite stunning effect. Riko Dan, the Grime MC of Roll Deep fame, finds himself spitting his Copper And Lead lyrics on a Dancehall riddim from outer space while Gonjasufi, the Warp-signed Rapper from San Diego, sings and screams his Goodbye on a beat that is reminiscent of drone metall – if it wasn’t for that acid line.

And even though this album is 100% club and soundsystem ready and probably will get the occasional rewind when played (haul & pull up – check!), this record goes way beyond that context. The dance imperatives from tunes like Pump Drop Wine with its disgustingly good sounding bassline, or from U Mad and its high fueled Footwork meets arpeggio madness…all that gets easily balanced by versatile productions like the dubby Blurred Vision or the floating Take It Low with Doubla J from Costa Rica on vocals.

Plus you will even discover songs that have the potential to work as leftfield pop songs as well: On Bitch Better Have My Money, the guys have Otto von Schirach from Miami as a guest and indulge in their joint passion for all things Booty Bass, ending up with a fun and catchy (yet obviously x-rated) song. But maybe the highlight in this regard is Electone, an instrumental beauty of a song on which Jakob and Benedikt combine multiple layers of melodies with a propulsive beat, evoking feelings of melancholy, happiness and wanderlust until collapsing in a sweet conversation of steeldrum-not-steeldrums with the eponymous Electone organ from Yamaha.

More from this series